Texarkana’s 7th Annual Martin Luther King Jr. Day Parade happens on Monday, January 16 in downtown Texarkana. Every year more and more folks are coming out to participate, you should too.

A day of activities is planned for Front Street Plaza in downtown in conjunction with the Parade. We spoke to organizer Brandon Houff and got some more details on the parade route. Again, for 2023, the parade will line up on Broad Street and begin at the intersection of Hazel and Broad and will make the loop around Front Street Plaza on (Hazel/Front Street), before making a right at Olive Street in front of the 1894 Gallery. The parade will continue north on Olive to Stateline making a direct right onto 4th Street going East.

The lineup for the parade is the most difficult part as participants are asked to arrive between 9:30 am and 9:45 am. The parade will begin at 11:30 am. On Front Street Plaza there will be vendors and activities. A highlight for 2023 is that this year’s Grand Marshal is Naquita Elmore from Season 25 of “Worst Cooks in America“. This year’s emcees will be Dr. Brian Matthews and Minister Sonya Collins.

Made possible by Bridging the Gaps of Arkansas. 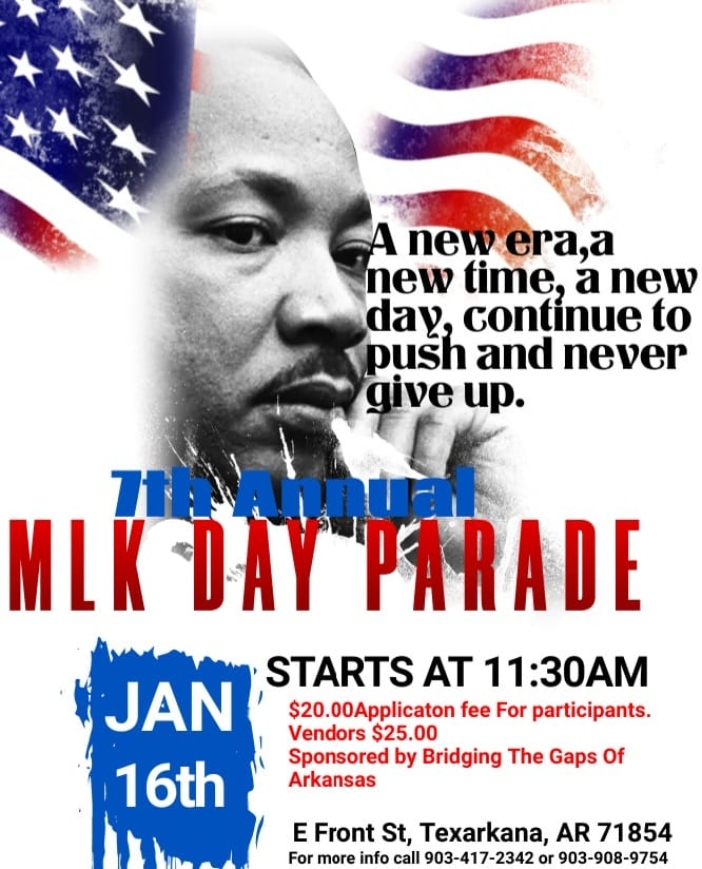