Detective Tabitha Smith has been named TTPD 2020 Officer of the Year. Congratulations to Detective Smith with great appreciation for her service and dedication to the safety of our community.

We are very proud to announce that Detective Tabitha Smith has been named the 2020 Officer of the Year.

She is currently assigned to the Investigative Services section and primarily handles sexual assault cases. Her passion for providing justice for these victims is evident to everyone with whom she has contact. She is known as an advocate for those victims who may feel that they don’t have a voice in the criminal justice system.

Earlier this year, she became aware of allegations of molestation and sexual assaults of children involving a local church pastor over the course of twenty years. With only scant information initially, she began the arduous task of trying to identify victims. Over the next several weeks, she compiled a case that ultimately resulted in him being arrested. There were multiple victims, now adults, who had their lives all but ruined by the continuous sexual abuse and victim shaming involved in these cases. The outcome of the jury trial, a direct result of her hard work and dedication to justice, resulted in one of the most severe jury punishment verdicts ever handed down in Bowie County. Convicted of sixteen sexual assault charges involving children in July, he was sentenced to five life sentences plus 220 years.

Of Tabitha’s work on this case, First Assistant District Attorney Kelley Crisp said, “I have rarely worked with anyone who is more competent or hard working at their job. She is just a wonderful person who is smart, witty, and universally adored. She has repeatedly proven herself to be a champion for victims and a warrior for justice.”

Chief Schutte echoed much of the same praise for her. He said that “Tabitha is one of the most hard working and dedicated employees of the Texarkana Texas Police Department who is known for her compassion for the victims and their families. She is guided by two principles in her daily work: To find the truth and ensure that the victim’s voice is heard through her investigation. I’m very proud to get to work with her.”

Detective Smith has worked for the Texarkana Texas Police Department for almost fourteen years. During that time, she has worked as a patrol officer, member of the Special Investigation Unit, juvenile detective, and now as a detective assigned to handle crimes against persons. She has twice been awarded the Certificate of Merit, recognized as Officer of the Quarter earlier this year, and has received numerous letters of commendation. She is pursuing a degree in criminal justice at Texas A&M University-Commerce.

Tabitha is married to Sgt. Kristopher Smith and they have four beautiful children together.

Please join us in congratulating her on this well deserved recognition. 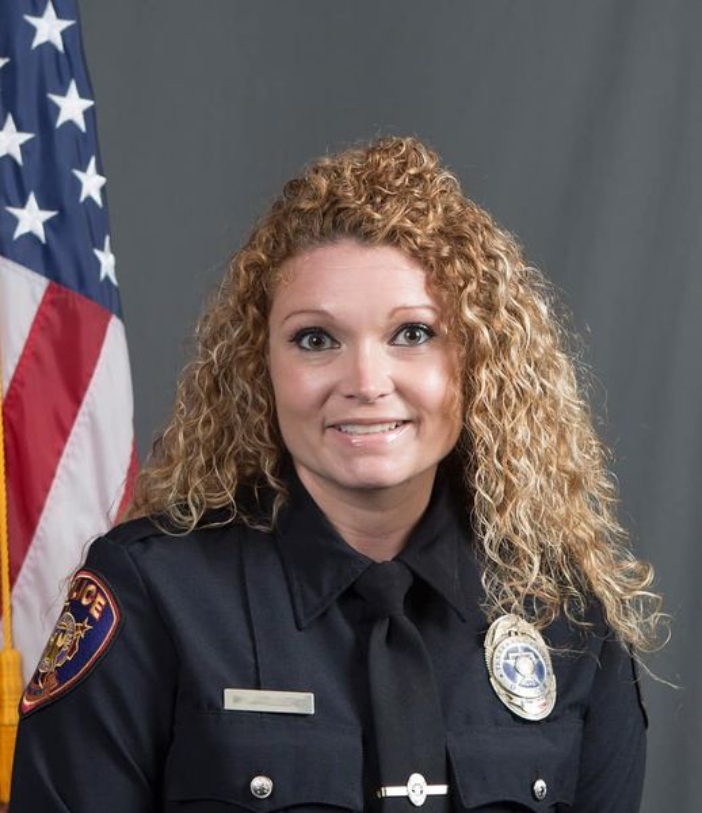