BREAKING NEWS:
You are at:Home»City News»Tusks-N-Horns Bar and Grill has NOT Closed in Texarkana

A local radio station has reported and posted on social media that the local bar and grill “Tusks-N-Horns” has closed leading folks to think the business was shut down. However, they are only closed for some remodeling and restructuring of the menu the establishment posted on their social media Page. 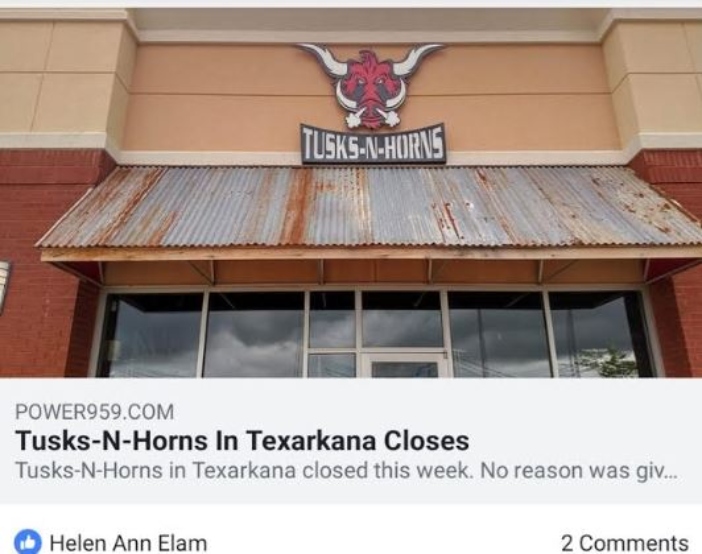 After receiving a number of text messages and a couple of phone calls we were able to learn that in fact, the business was not closing the doors, just doing some work, which may involve making changes to the hours of operation.

Alright folks, NO, we’re not closed. We are making some improvements to the menu, and restructuring operations. As of now, we will still be having our weekend fun! Fish Friday $10 (5) peice fish + all the fixings all day Friday, and all night Saturday. This is the only thing we will be cooking out of the kitchen as of now. Will & Aaron acoustic Friday 6:30-830! Karaoke @9ish. Saturday we will open at 5pm with Dusty Rose Band kicking off @9! So bring a friend and come on in! 4270 St. Michael Drive in the old Genghis Grill location. See ya there! 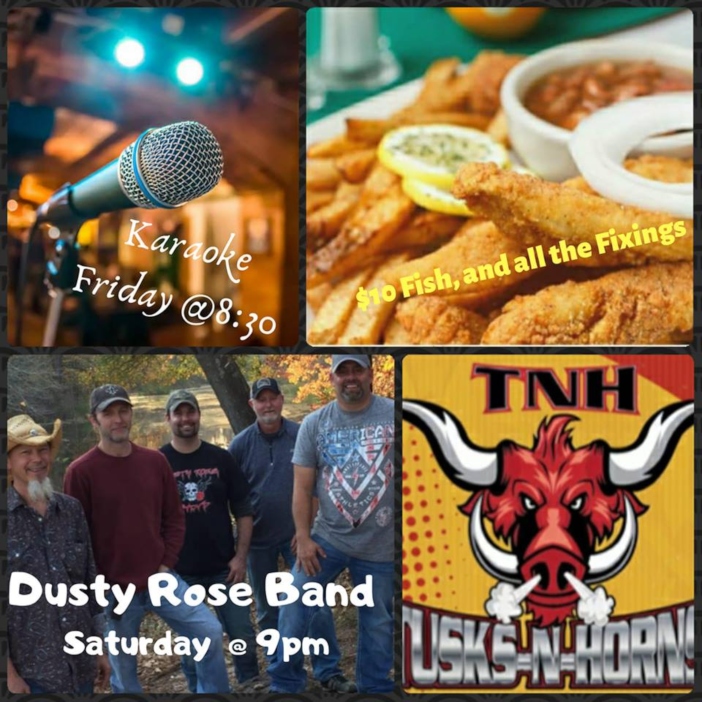