The University of Arkansas Hope-Texarkana will celebrate the time-honored ceremony for a total of 30 nurses graduating from the Licensed Practical Nursing Program. The ceremony will take place on Thursday, May 11 at 6:00 p.m.

The University of Arkansas at Hope-Texarkana will honor graduating students from the Licensed Practical Nursing Program with a special nurse pinning ceremony on Thursday, May 11 at 6:00 p.m. in the Hempstead Hall Theater.  This year a total of thirty nurses will have the honor of being pinned.

The nurse pinning ceremony is a time-honored nursing school tradition. Often more personally meaningful than the graduation ceremony, it signifies your official initiation into the brotherhood and sisterhood of nurses. The ceremony is rich with symbolism. The history of this rite of passage can be traced all the way back to the Crusades of the 12th century. During this time, the Knights of the Order of the Hospital of St. John the Baptist tended to injured and infirm Crusaders. When new monks were initiated into the order, they vowed to serve these sick soldiers in a ceremony where each monk was given a Maltese cross, the first badges given to those who nurse.

The modern ceremony dates back to the 1860s when Florence Nightingale was awarded the Red Cross of St. George in recognition for her tireless service to the injured during the Crimean War. To share the honor, she, in turn, presented a medal of excellence to her brightest graduates. By 1916, the practice of pinning new graduates was standard throughout the U.S.

All nursing pins are unique. The UAHT pinning was designed, in 1966, by Hazel Underwood, the first program director and instructor of the Practical Nursing Program.  The cross on the UAHT pin traces back to the Knights who cared for the Crusaders.  The state of Arkansas represents our home, and the circle is representative of the life cycle from birth to death, and birth anew.

The public is invited to attend this special event to honor these graduating nurses as a symbol of the care and devotion that the nurse provides to the sick and the hope they provide in the practice of nursing. 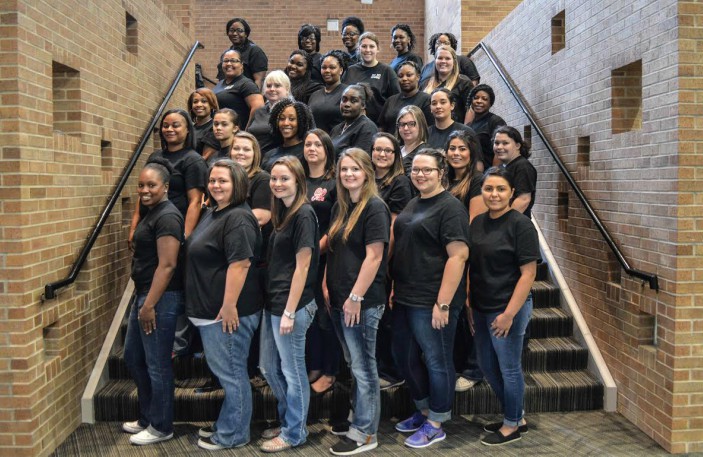