UPDATE: 5:00 PM 02-21-20 – TAPD reports that the charges, in this case, have been reduced from second-degree murder to Manslaughter.

Earlier today Kayden May’s charges associated with the shooting death of Abbigale Thacker were reduced from Murder 2nd to Manslaughter. Several factors are considered when charging an individual with a particular crime. After further investigation, interviews with several parties and consultation with the Prosecuting Attorney’s Office, it was determined that Manslaughter is a more appropriate charge for the circumstances of the shooting death of Abbigale Thacker.

The Texarkana Arkansas Police Department expresses our condolences to all affected by this tragedy. We pray for peace and healing in the days to come.

Texarkana Arkansas Police continue their investigation in the deadly shooting on Mosely Road that left an 18-year-old girl dead, and one suspect behind bars. TAPD has responded to a request for how the investigation led to a second-degree murder charge.

Police originally responded to the report of an accidental shooting in the 200 block of South Mosely Road. When police arrived they discovered the body of Abbigale Thacker, 18. CID arrived and began an investigation that led to the arrest of Kayden May, 18. May was charged with second-degree murder. When asked how the investigation into an accidental shooting led to a charge of second-degree murder, a class a felony in the State of Arkansas, we received this response:

(a) A person commits murder in the second degree if:

(1) The person knowingly causes the death of another person under circumstances manifesting extreme indifference to the value of human life; or

(2) With the purpose of causing serious physical injury to another person, the person causes the death of any person.

(b) Murder in the second degree is a Class A felony.

On Thursday, February 20, 2020 at 5:30pm The Texarkana Arkansas Police Department
were called to the 200 block of South Mosley Road, in reference to a reported accidental
shooting. Upon officer’s arrival they located Abbigale Thacker, 18yoa female, deceased with
a single gunshot wound.
The Texarkana Arkansas Criminal Investigation Division responded to continue the
investigation which subsequently led to the arrest of Kayden May, w/m 18, who has been
arrested and charged with murder in the second degree. 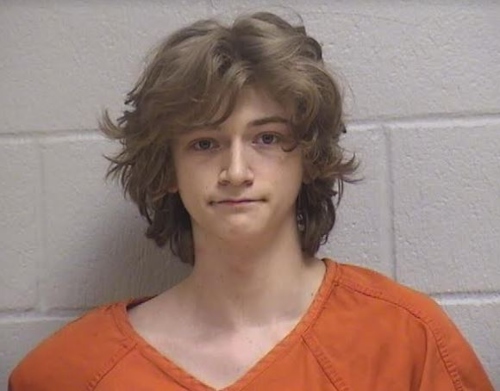 SWARKToday.com reports that the accident could possibly have been the result of “horseplay” with a firearm.

T.A.P.D. continues to investigate this case.