Stephanie Rice wowed audiences around the world with her recent performances on NBC’s The Voice. Stephanie will return to her hometown of Texarkana for a “Welcome Home Concert” at Scottie’s Grill on Friday, June 16.

Stephanie Rice and her band Colonial Blue will be at Scottie’s Grill at 8400 W. 7th Street, on Friday, June 16. Doors open at 6:30 pm and the show starts at 8:00 pm. Tickets are available online now at OuthouseTickets.com.

We spoke to Stephanie about doing this “Welcome Home Concert” and she told us,

I’m so honored to go back to my hometown and reconnect with the community that rallied behind me during my journey on The Voice. There was a time when I felt too nervous and anxious to come back home, and I can’t thank you enough for making me feel so accepted and welcomed. I can’t wait for this beautiful reunion.”

Stephanie Rice is without a doubt a true force of talent. She had such a powerful “blind audition” with the song “Piece by Piece”, that it gave me goosebumps. Her performance on that song even moved American Idol star Kelly Clarkson to tears… 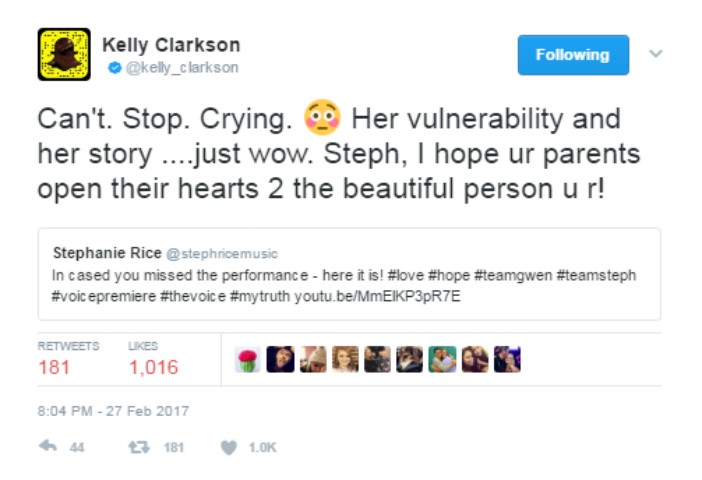 Her powerful audition turned chairs and gave Ms. Stephanie her choice of celebrity judges for the competition. Stephanie chose to go with coach Gwen Stefani, but later in the competition was picked up in a “steal” by Alicia Keyes.