BREAKING NEWS:
You are at:Home»Crime»Deputies Arrest Man in Connection to Equipment Thefts

The Bowie County Sheriff’s Office reports that Justin Paul Cobb, 36, has been arrested and charged with theft in a joint investigation with Morris County Deputies. Cobb was in possession of equipment valued at $86,000.

On 5-13-2019, Bowie County Sheriff’s Office Investigator David Biggar met with Morris County Sheriff’s Deputies on CR 4301 in Naples, TX. Morris County Deputies had been dispatched to the location in response to a GPS Beacon that was attached to a recently stolen excavator. Morris County Deputy Smith arrived to find numerous pieces of equipment hidden on the property. Investigator Biggar confirmed four pieces of equipment as stolen from Bowie County. All of the pieces were stolen in December of 2018 and were part of an extensive list of property taken from Anthony Cooper. A prior press release for case B18-03171 had been disseminated in hopes of recovering the property. Investigator Biggar spoke with the Morris County property owner regarding the stolen equipment. He was identified as Justin Paul Cobb, white male, DOB 7-3-1982. His explanation for possessing the stolen equipment was not credible. As a result, a warrant was issued for the arrest of Justin Paul Cobb for the offense of Theft O/30,000-U/$150,000. Cobb is in the Bi State Jail and his bond has been set at $100,000.00. The following pieces of equipment were recovered and returned to the rightful owner:
Kubota brand skid steer tractor-valued at $70,000.00
Big Tex brand 32’ gooseneck trailer-valued at $12,000.00
Land Pride brand pallet forks-valued at $1000.00
Bobcat brand auger-valued at $3,000.00
Total value of property recovered-$86,000.00
Morris County and Bowie County Investigators recovered the above items along with numerous other pieces of equipment that had been reported stolen from surrounding jurisdictions. 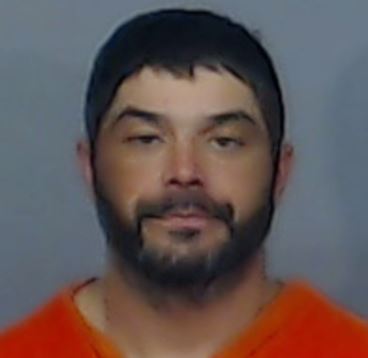