Around 3:00 p.m. Tuesday afternoon a major wreck on Interstate 30 slowed traffic in the westbound lane near Kings Highway. The wreck is now cleaned up and traffic should be moving normally soon.

Three people were in the car when it suddenly left the roadway, then flipped several times. The driver was ejected from the car. All three people have been transported to the hospital, and their condition is not known at this time. 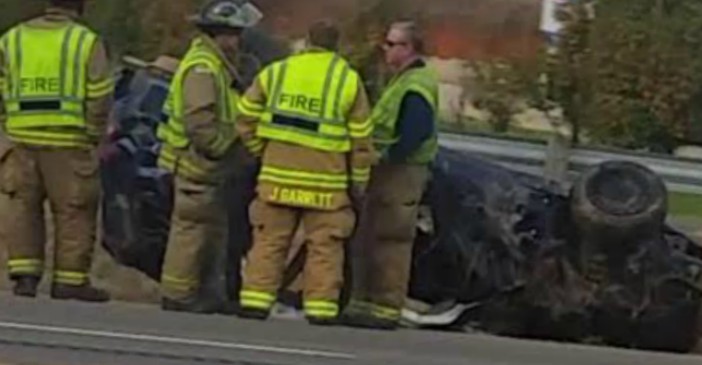 The Texarkana Texas Police Department continue to investigate a single vehicle crash on Interstate 30 that sent three people to the hospital.  The driver, William Earl Wilson Jr., 30, of Hooks Texas, was ejected from the vehicle and is currently in critical condition.

Today at 2:18 p.m., officers were dispatched to a report of a vehicle that had left the roadway and rolled over several times on westbound Interstate 30, just west of the Kings Highway overpass.  The vehicle came to rest upside down on the side of the road.  Wilson, who was not wearing a seatbelt, was ejected from the vehicle during the crash, thrown approximately fifty feet past where the vehicle stopped, and landed in a water filled ditch.  The two passengers have been identified as Takaishia Jefferson, 37, and Sandra Tucker, 35.  Both live in Hooks.

Investigators determined that Wilson was involved in an argument with one of the passengers just prior to the crash, which led to him driving erratically.  He swerved to the right and lost control of the vehicle, causing it to leave the roadway and flip several times.

All three occupants were transported to local hospitals by LifeNet EMS.  Wilson and Tucker are listed in critical condition, while Jefferson is listed in good condition.

The investigation continues.  No citations have been issued.

Traffic on westbound Interstate 30 was narrowed to one lane for approximately 1.5 hours while traffic officers conducted their investigation and the vehicle was removed.