The Arkansas Citizen Driven group Arkansan’s for Compassionate Care has received word that an initiative to make medical cannabis available by doctor prescription legal in the state will be on the ballot in November.

Arkansan’s for Compassionate Care’s plan came within 2% of votes to become law in 2012, and experts believe that Arkansas could join Washington D.C., and 25 other states in making the use of cannabis legal for medical treatment of many illnesses and conditions in this upcoming 2016 election this November. 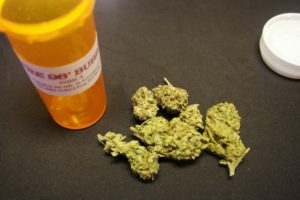 However, according to experts on the topic, the biggest hurdle is not going to be voters, but other medical marijuana advocates. There are two that could be on the ballot in November. The first initiative, and the one with the most support is the AMCA – The Arkansas Medical Cannabis Act. The second group is the AMMA – Arkansas Medical Marijuana Amendment.

The AMCA has a lot more support for the fact that it is much more specific in the use of cannabis for medical purposes and treatments for more illnesses than the AMMA. The AMCA will let doctors prescribe medical cannabis for life-threatening or debilitating medical reasons like cance, HIV/AIDS, Crohn’s Hepatitis, PTSD, Alzheimer’s, and other conditions like Lupus, Autism, and Parkinson’s disease that the AMMA doesn’t consider.

In a post at KTHV.com, Director of the ACC Campaign Melissa Fult’s reached out to organizers of the AMMA…

“Unfortunately, polling suggests that if both initiatives make the ballot, it’s almost certain that both will fail. Today, as we turn toward November, I’m asking Jason Polk & David Couch to end their campaign and join us to ensure sick and dying Arkansans get the most patient-oriented initiative we can. Please do not place thousands of sick and dying Arkansans’ future in jeopardy. Patients need safe and legal access to cannabis and if you continue we risk losing the best chance that we’ve ever had. Placing two initiatives on the ballot will cause both to fail.”