The Texarkana Texas Police are searching for a vehicle involved in an early morning accident on Stateline Avenue. A pedestrian was struck, and the vehicle originally stopped. Though not believed at fault, the driver left the scene.

Though it is believed that the accident was not the driver’s fault, leaving the scene has made it an issue that can easily be straightened out.

A 68 year old woman was walking across Stateline Avenue a little after 9:00 this morning when she was struck by this vehicle. Officer Brent Hobbs actually saw it happened and jumped into action. He positioned his patrol unit in the road to block traffic and then ran over to check on the woman. He said that he saw the driver of the car who hit her turn around and stop in the turn lane, so he focused his immediate attention on the woman. However, when he looked back up a few seconds later, the car had disappeared.

Although apparently not life threatening, she had some pretty serious injuries that included several broken bones along with cuts and bruises. That’s good news.

We don’t think that the driver was at fault in the crash itself and don’t know why they took off like that. However, when they did, it became a serious problem. Officer Hobbs was later able to pull these two images of the vehicle off of his in-car video, and we are hoping that someone recognizes it. 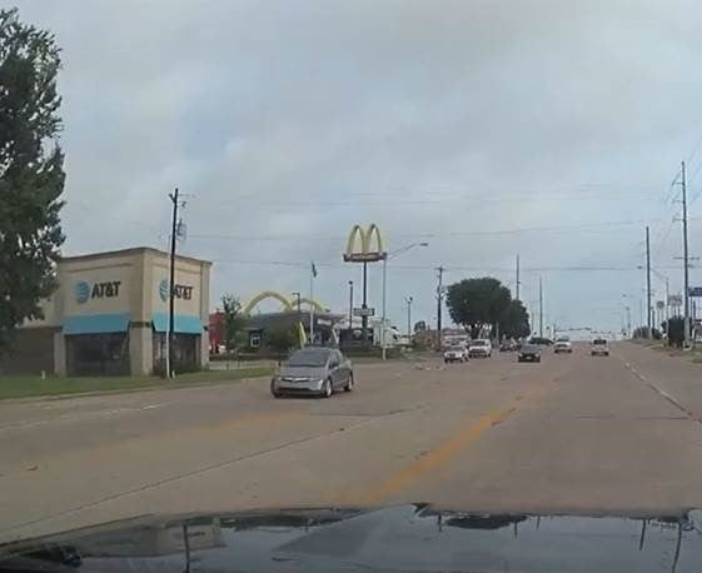