Texarkana Texas Police Officers Alan Bailey and Josh Anderson met with some local children out at Cinemark and made their night at the movies even more special.

When I asked Massiel about the experience for the kids she said,

Omg everything about that day was nice. When the officer was walking by us the little boy was like “oh wow policemen!!!!” The officer encouraged us to go and talk with his other officers. The highlight had to be them allowing the kids play with the sirens and lights. They gave the kids a tutorial of the handcuffs but added so much comedy so the kids wouldn’t feel scared. They gave the kids hugs and answered all their millions of questions about being a cop. There was a young lady cop that showed up before we were leaving and she was teaching the kiddos some Spanish. I always try to teach my baby to never fear cops despite the challenges faced in today’s media. I teach her to never fear them in the event she’d ever need them. She definitely understands the concept of right and wrong. And they did a good job of conveying that to the kids as well. We literally sat out there for an hour with them. I’m sure they got good sleep after their shifts were over. 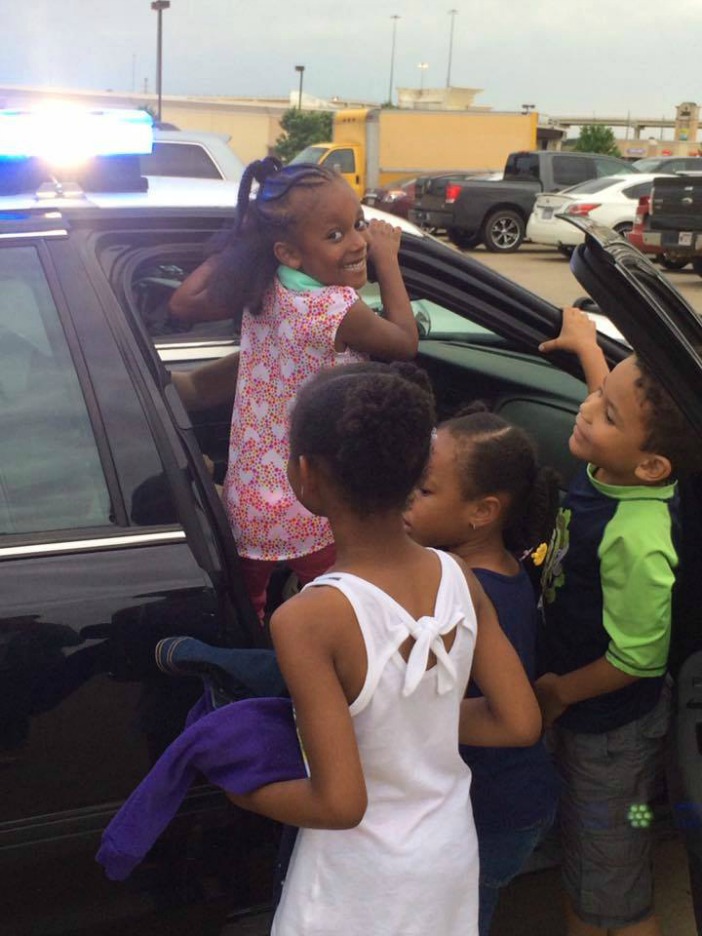