Emily Graham took her Christmas Cheer Sugar Cookies to New York City and won the ABC Good Morning America 2017 Christmas Cookie Showdown and we could not be prouder. Celebrity Chef Richard Blais was super impressed with her cookies. He said, “I could wear this cookie, Emily” commenting on her special creations. Check it out the competition here.

Emily, of Graham Slam Bakery in Texarkana took six dozen of her decorated cookies to New York, she also took one dozen undecorated, to complete on the set of Good Morning America. Emily shares her recipe with viewers and celebrity chef Richard Blais, brags about her creativity, saying that she is selling herself short when she calls her creation “the classic Christmas sugar cookie”. For the show, Emily did special “Christmas Sweaters”. 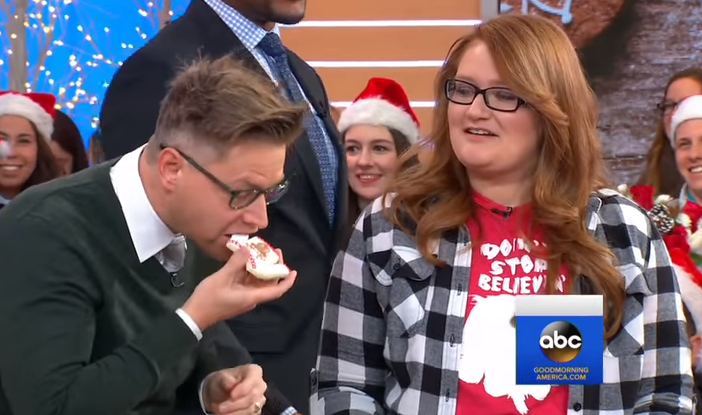 The judging was done by a panel of cookie experts, kids, with Blais’ approval and together they declared Emily’s cookies the official winner of the 2017 Good Morning America Christmas Cookie Showdown.

We spoke to Emily and she was so excited for the honor but super tired. She only learned that she would be on the show at the first of this week. Then she set out baking and decorating. She flew out of Texarkana on Thursday and was up and ready way before dawn to be on the set of the popular live morning show. 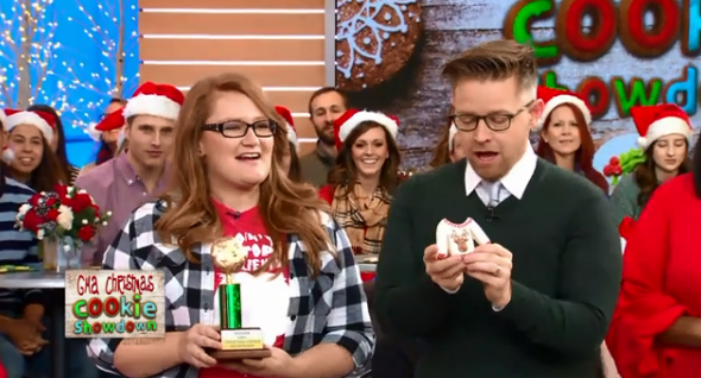