This is an update on the Pups that were in that video shared by the people at Phillip’s Forest Products in Hooks, Texas. All pups that you saw in the video are alright, and in need of some loving homes.

Here are some corrections to details of the original post with the video of the dogs being abused at the Phillip’s Forest Products Lumberyard in DeKalb, Texas. The story was originally posted and shared by their retail store in Hooks, and a miscommunication led to the story being reported that the abuse took place in Hooks, Texas when in fact it was the Lumberyard location in DeKalb, Texas. The folks at Phillip’s would like to keep mama dog…

Mama Dog showed up last night. We are told that the other 3 puppies were found and taken in. We have the four pups here that need homes, we rescued them , we take the dogs the DeKalb pound is about to put down and let them stay at our lumberyard. I’ll get some pics, maybe you can help find some homes.

The incident that has incited rage among the animal lovers in our community happened late Friday night. In the video that was posted, 3 young men can be seen, choking, beating, and kicking the puppies among other disgusting acts. We posted the info to find the identities of these suspects.

The suspects were identified and reported to authorities by one of the young men’s father, who was horrified after seeing the video that was posted online and recognizing his son as one of the participants. As are the parents of the other two boys. The suspects were identified as a 19-year-old man, and two 16-year-old males all from DeKalb, Texas. The case is in the cross-hairs of Bowie County officials and will be prosecuted to the fullest. Sheriff James Prince, a big dog lover himself, will issue a statement as soon as information regarding the case becomes available to the public.

We expect it to be early next week, after the Independence Day Holiday, before we receive official reports to share with the public. To post more information before official word from law-enforcement would not be right.

In the meantime, these four puppies remain at the Phillip’s Lumber Yard and are in need of some loving homes, for information on picking up one of these deserving fur balls of love contact the friendly folks at Phillip’s Forest Products on Facebook, or call (512) 294-1287. 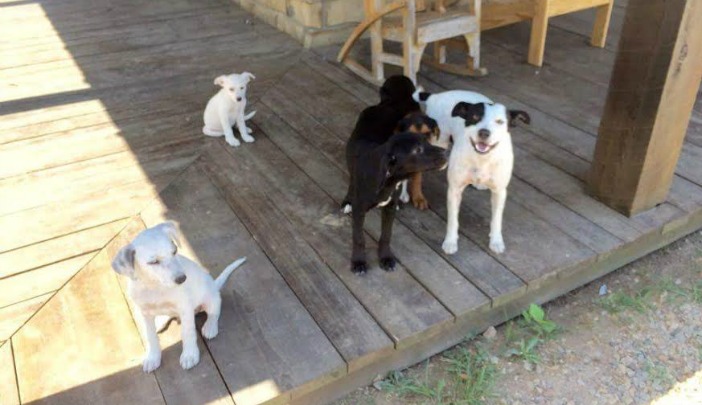 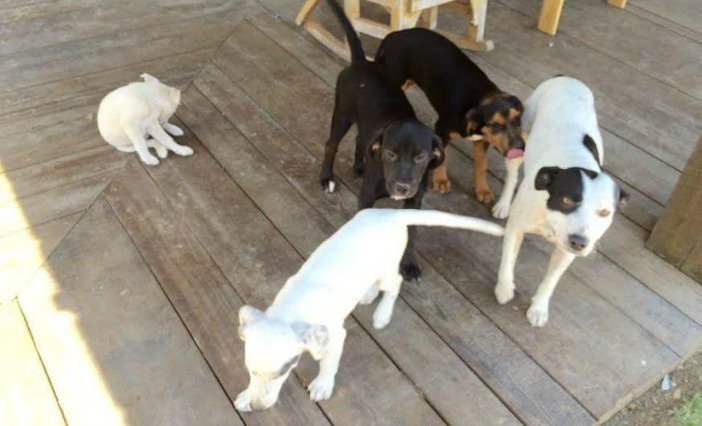 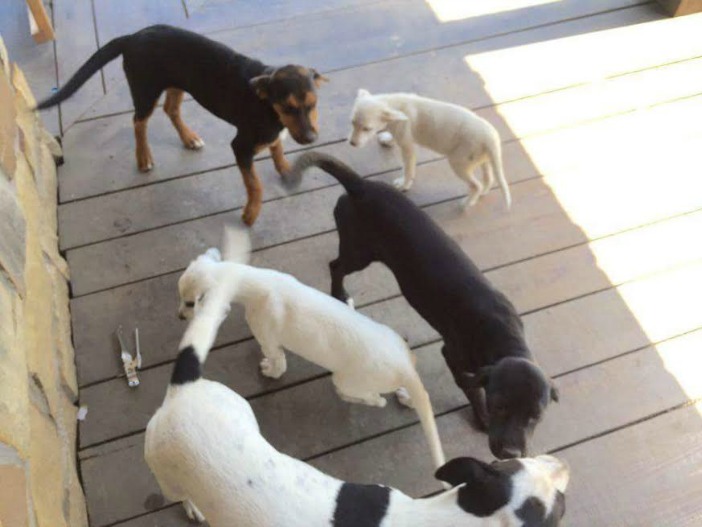