The Arkansas Community Corrections Special Response Team has captured their number one most wanted fugitive in Texarkana. Tomango Kelly, 41, is a convicted murderer that absconded parole in October of 2017. He was tracked to Texarkana, where he was taken into custody.

A huge catch for ACC’s Special Response Team #4…the number one fugitive on their Most Wanted list! The man in the red hat is Tomango Kelley, a parole absconder and convicted murderer. He was convicted of firing shots into a car in 1993, striking three occupants. One of them was fatally wounded. Kelley is also a Level 2 sex offender with aggravated robbery and theft of property convictions. Kelley absconded parole in October, less than three months after being released from prison. ACC officers tracked him just a little while ago to a relative’s house in Texarkana and called Texarkana police for some backup. The PD arrived just as Kelley took off in a vehicle. The officers chased him to the industrial part of town where he crashed. Kelley quickly arrested without any problems. His new felony charges include failing to register as a sex offender, fleeing and aggravated assault. He’s in jail now and is likely to be locked for a long time. This was good, solid work by the SRT officers and we appreciate Texarkana’s help and support. This was a dangerous situation, but it ended well and with no injuries! 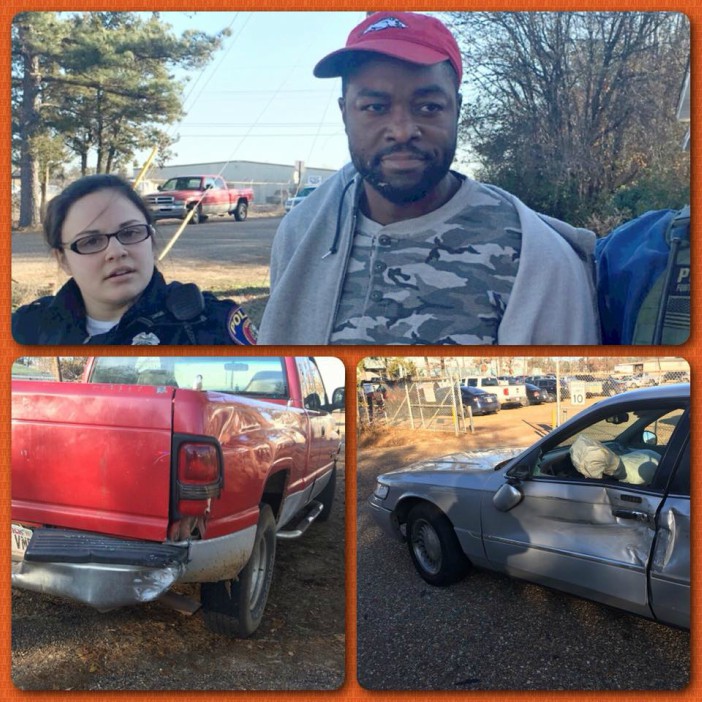