Police have arrested Stormmi Cole, 35, of Texarkana Texas for Criminal Mischief on Sunday night after she allegedly started a fire in a trash dumpster at O’Reilly’s Auto Parts located at 3707 N. Stateline Avenue.

The Texarkana Texas Police Department arrested Stormmi Cole, 35, of Texarkana Texas for Criminal Mischief on Sunday night after she started a fire in a North Stateline Avenue business’ trash dumpster.

Officers and firefighters were dispatched to the O’Reilly’s Auto Parts at 3707 N. Stateline Avenue where a trash dumpster was on fire at 10:52 last night.  When they arrived, the dumpster on the side of the building was fully engulfed in flames.  As officers searched the area for the suspect who had set the dumpster ablaze, a call of a possible burglary in progress in the 3800 block of Olive Street was also received.  Cole, who was wearing a motorcycle helmet and carrying a mop, was stopped by officers as she was walking from that location.  She was arrested after officers realized that she matched the description of the suspect in the fire at O’Reilly’s Auto Parts.

Within an hour prior to this call, there were also three similar fires reported along the Stateline corridor in Arkansas.  The general description of the suspect in those fires also matched Cole.

Cole is being held in the Bi-State Jail with a bond of $5,000 on the Criminal Mischief charge.  Arkansas may file additional charges against Cole. 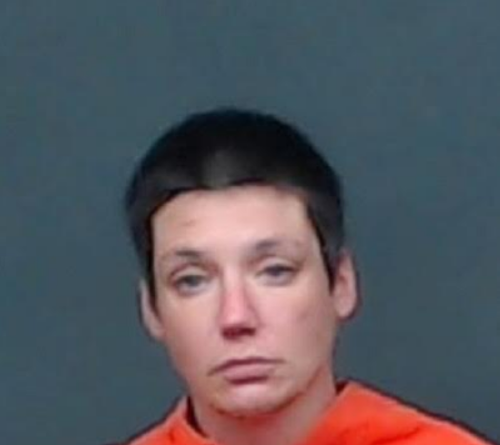