It was December of 1983 when the temperatures remained below freezing for more than a week resulting in the Red River freezing over from bank to bank. Here are some photos that were taken near Fulton, Arkansas in December of 1983.

Seeing folks share thoughts on the cold temperatures reminds us of times when it was even colder. In December 1983 it was so cold, that the Red River near Fulton was frozen from bank to bank. In December of ’83 there were 18 days that were below normal temps and almost a week with an average temperature of 4 degrees. Some locals, whether they were brave or insane even walked out on the frozen waters of the Red River. Historians believe that had not occurred in our area since 90 years before in the winter of 1895.

Here are some photos of the Red in December 1983… 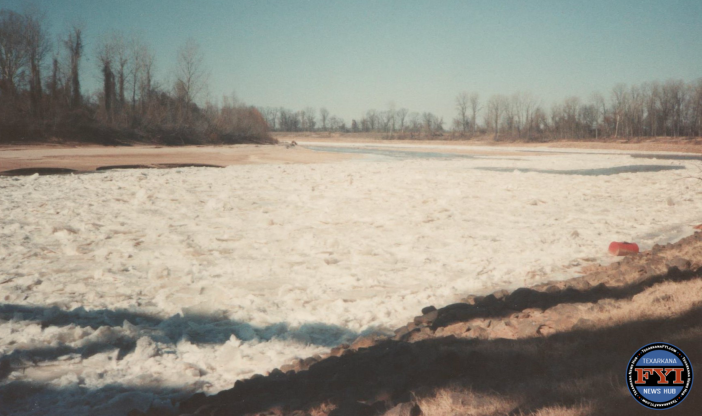 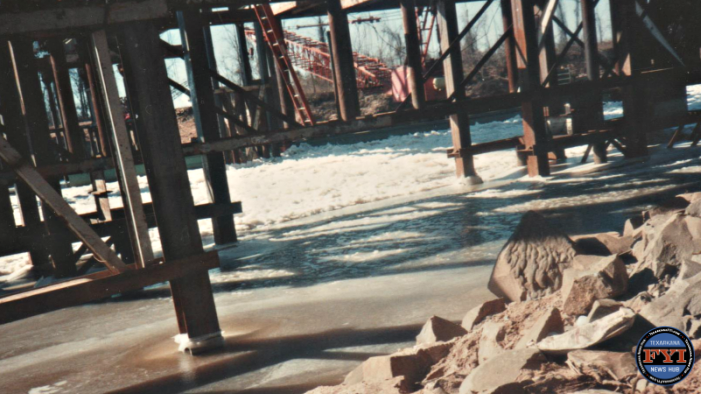 Other local bodies of water also froze. People talk of Spring Lake Park freezing over and people playing on the ice. Some talk of the water at Lake Wright Patman freezing solid enough to walk out to Bell’s Island from Rocky Point. The Red River freezing though, somehow that seems more fascinating… at least to me.